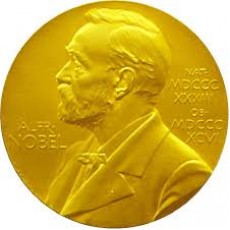 UPDATE 10/09/2013 - We have a contest on our Facebook page from now until the announcement of the winner. Drop by and make your pick to win 25 lei in free books. For Romanian and Moldovan addresses only.

It's with a slight sense of trepidation that I approach the recent announcement that 5 nominees have made their way to the top of the list for this year's Nobel Prize for Literature. It's not like those crafty Swedes have changed up their game plan - the nominees are kept under wraps for no less than a period of 50 years, meaning that most of us will either be dead or too senile to care when we learn who actually made the cut. But for those in the gambling community, it's hugely important information.

Imagine if you knew the names of the five nominated writers. You could bet on all five and come out a surefire winner (assuming the odds on each are greater than 5:1). Leaks do happen and the story last year was that someone made a cool $3.2 million betting on Mo Yan. Now, I'm not saying that those Nobel guys fund their prizes from gambling, but somebody with a little inside info clearly lined their pockets. Would you do the same if you were privy to the list?

With the idea of betting on the Nobel Prize being a strange enough topic, it also raises some ethical questions about the whole concept of gambling (you know, wagering on an event with a predetermined outcome). Still, being a somewhat literary type of guy (I do crack open a book from time to time and there is this whole anticariat online thing), it does make for a fun exercise to pull out the old crystal ball and make a few predictions. So, here's my take on things: 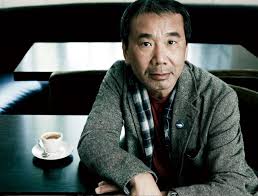 There's been a lot of buzz in recent years about Haruki Murakami - with Betsson giving him favorite status on the odds from last year, but it's still a sucker bet at the current odds of 3:1. In 2012, the same company had Mo Yan listed at 21:1, which would have been a respectable payoff had anybody in the world had an inkling that the guy stood a chance. As the announcement got closer, the odds moved down to around 7:1, which should tell you a little something about how line movements work and what happens when the big money hits the bookies.

But back to Murakami. The Japanese writer has style in spades, but winning a Nobel (and its over $1 million payout) takes more than just a voice. As the past has shown, you've got to be an "academic" writer to get a little love from the commission. This means that Murakami is out. You can scratch Salman Rushdie off the list for exactly the same reason. Notice that I'm not saying Murakami or Rushdie don't deserve Nobel medals, just that it's the same as expecting a sumo wrestler to win an Olympic gold in the pole vault. Might be fun to watch, but as my Southern brethren would say - ain't gonna happen.

Some people are throwing Chinua Achebe's hat into the ring, but that's a lost cause as well. What do I think? Nope. Guy's dead and the Swedish Academy has a history of only handing out the medal to people on this side of the grave. Sorry, Chinua, but I think your chances have fallen apart. Ba-Dum-Tsssh!

There's also a decent bit of talk about American writers, specifically Alice Munro, Joyce Carol Oates, Thomas Pynchon, Don De Lillo, and Philip Roth. A case could be made for most, but in my mind, Thomas Pynchon deserves the nod more than the others and his anti-media stance could pick up some brownie points. However, since this article is about predicting a winner and not necessarily about who I think is the better writer, I'm tossing the whole lot of Americans out the window. It's nothing to do with their writing skills, but more about the whole Nobel process. Enough has already been said about the Euro-centrism (is that even a word?) in the voting process, so I'm not going to rehash all that. The last American to win was Toni Morrison in 1993 and even that was a bit of a surprise. Let's just say that having a Chinese winner in 2012 makes it even more likely that this year's winner will come from Europe. 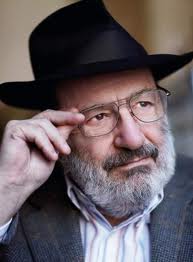 I've done my scrutinizing and researching and I think one of the best bets you're going to find is Umberto Eco (15:1 current odds). The Italian definitely fits the profile - European, academic, older than dirt, and internationally well-respected, which should make him a clear favorite. At the same time, Eco's got a serious beard. If you know your Nobel trends, then you're surely aware that there hasn't been a full beard winner since William Golding in 1983 (a deplorable choice for no other reason than the writing of the world's worst book ending with Lord of the Flies – they're saved? Really?) Yeah, J.M. Coetzee slipped by with a stylized half-beard in 2003, but that shouldn't count. Everybody knows that real writers go full beard or shave daily with a straight razor.

If you're looking for a better payout (and somebody without a beard), then go with Dutch writer Cees Nooteboom (30:1). The guy's well respected in literary circles and he's supposedly got enough of the academic swagger to satisfy the Nobel commission. Also, he's still active, which can be a strong mark in the plus column. I haven't personally read anything the man has written, but he fits the profile of a Nobel winner.

With all that said, I'm still not satisfied. Even though Nooteboom's got the pedigree and the right odds, I'm thinking of somebody else that I'd be pleased as punch to see with a Nobel to his name - Milan Kundera. Yeah, he's a misogynist. Yeah, he's got a sense of humor. Yeah, there was that whole ratting out a guy and causing him to spend 14 years in a labor camp (never really proven, by the way). Still, in the end it all comes down to the writing and for my money, there's nobody that can yank my chain quite like Kundera. Any idea where he is on the betting odds? Yep, you guessed it – not even on the list.

So, enough talking about who it's NOT going to be. Who do I think will win the 2013 Nobel Prize for Literature? I mean, if you're going to make a prediction, you can't name a bunch of people and then take credit if one out of twenty actually wins the thing. The question is do I go with a safer play like Umberto Eco (even with the beard issue) or do I choose the guy I think actually deserves the award (but has very little chance of winning)? Well, I'm going to take the middle ground – somebody with a respected opera of works, a slight political bent, clean-shaven, and a European pedigree. It's a smart play and I would be happy to celebrate the man with a toast (or three) should he happen to be the one walking across the stage this fall. 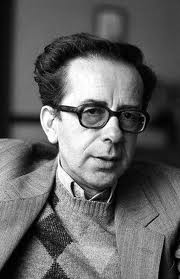 A double sawbuck gets you a dime, which is more than enough to host one hell of an Albanian rakia party. I've only read two of Kadare's books (Chronicle in Stone and Broken April), but both were remarkably well-written and were what I would consider to be very solid. He has a unique voice, allows enough room for interpretation, and is a damn good storyteller (which is what any writer should aspire to be).

In answer to the obvious question - yes, Danticariat will be hosting the party if he wins.

@Steve - Absolutely right on both counts. Munro is indeed Canadian and the Nobel Foundation instituted a "must-be-living" policy in 1974. Many thanks for the corrections. Who do you think is gonna win?
Steve - 25/08/2013

Good article. I didn't even know there was betting on the Nobel. But now that you point it out, it is obvious.
Afisare 1 - 6 din 6 (1 pagini)