A Gentleman on Sunday: Writers and Debtors' Prison 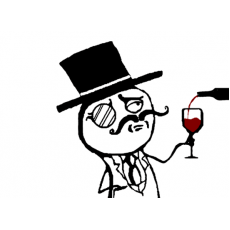 After writing last week's blog post, I started wondering about other books I've read where the introduction meant more to me than the actual meat of the book. One immediately came to mind – The Sunday Gentleman by Irving Wallace, which was found in a recent anticariat acquisition. I can't say I'm a fan of Wallace's journalistic style, but the introduction to the book had a few interesting points.

The title of the book itself points back to a particular situation. In England during the 17th century, debtors were treated somewhat harshly (to put it lightly). If you had a debt and couldn't pay, then your creditors could demand a trial to find you guilty of not paying your debt. If you were found guilty, then you could be sent to debtors' prison – a practice that you would think has disappeared, but actually still exists in the United States and other countries.

As is the usual case, writers of the 17th century (and still today) frequently found themselves without money and with debts they were unable to pay. But here is where the peculiar part arrives. In true polite British fashion, you could not be arrested and put to trial on a Sunday, for religious reasons. So, what did the indebted writers like Daniel Defoe do? In true writerly fashion, they would hide out all week and then show up in the bars on Sunday without fear of getting thrown in the slammer. Thus comes the title, The Sunday Gentleman, referring to a man who could be public on Sundays but forced to hide during the week because of his debt.

Anyway, I liked the idea of The Sunday Gentleman and it makes me believe that maybe the writer's life today is not so much different from 400 years ago.

Another connected idea that came from Wallace's introduction was his description of the Sunday Gentleman writer:

“an honest man, full of sensitivity, racked by insecurities, determined one day to be a free and independent soul, to speak and write what is in his mind and heart without fear and compromise, to write in concert with truth or his own desires.”

And it's in this description that I find what I want and all writers should want – to write without compromise. Not for a paycheck. Not to be accepted for publication. And certainly not to satisfy a debt.

To be in concert with truth.

Like I've said before, there is always something to be taken away from even uninteresting books. The Sunday Gentleman was not my particular cup of tea, but I do respect Mr. Wallace's contributions to literature and thank him for the idea of the Sunday Gentleman – a noble concept indeed.

0 comentarii la "A Gentleman on Sunday: Writers and Debtors' Prison"