Mark Twain, Thomas Pynchon, and the Duty of a Writer 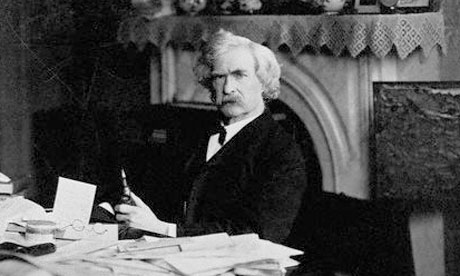 Being involved in an anticariat, I see a lot of books, and even read a few from time to time. The best part is that the selection of what I read is largely random, depending entirely on what stock we acquired in any given week and ranging from badly-written contemporary novels to political books written at the turn of the 20th century. While I would argue that there is something valuable to be taken from nearly every book ever printed, sometimes the value comes a strange place. Such was the case with King Leopold's Soliloquy by Mark Twain, which recently arrived in our stock.

Like most Americans, I am a big fan of Twain and a champion of the idea that he is one of the all-time best American writers. The Soliloquy was good, but it was the introduction that I found to be the most interesting part of the book. Normally, I skip intros and head straight into the meat of a book, but I noticed that this introduction was written by Stefan Heym, a considerable writer in his own right. The first line of the introduction reads, “If after more than a century a man's words still have the force of dynamite, you cannot call him a clown,” and then slightly later, “Mark Twain took seriously the writer's duty to be the conscience of his time.”

What we often forget about Mark Twain is that he WAS considered a clown in his time – purely an entertaining figure that wrote books and gave humorous speeches. What we know NOW is that he was much more than that, that he was, in fact, “the conscience of his time.” This brings up some tricky questions.

Does a writer have an obligation to set the standards of contemporary morality?

If so, which writers are fulfilling their duty and using their work as a way of pushing humanity towards progress?

I'll start with the first question and my answer is clear – no. A writer does not have an inherent duty to be a moral compass for society at large. The vast selection of books available on the market proves this to be true. However, what I would consider a great writer, one deserving of literary praise and accolades, absolutely must imbue their works with a sense of conscience. It can be (and usually is) hidden in subtexts and the views of specific characters, but I think it is impossible for a work to be considered a masterpiece without bringing something of social morality to the table.

The second question is a bit tougher because we don't have the benefit of hindsight with contemporary writers. If we take the clown angle, then the two names that come to mind are Tom Wolfe and Chuck Palahniuk (an anti-clown, for lack of better words), but I wouldn't call either a great writer. Their social conscience is superficial and in the case of Palahniuk, more about pushing the extremes (also superficially) to prove the point of how today's society is generally screwed up. For Wolfe, he's a hack, pure and simple and I have little more to say on the matter.

The only writer that I can positively say is holding up his end of the conscience deal is Thomas Pynchon, particularly in his latest novel, Bleeding Edge. The theme of loyalty to family/personal connection vs. technology/security/surveillance is persistent throughout the book and the end scene makes it clear on which side of the argument Pynchon falls. Although it is a more accessible version of Pynchon than previous novels, the relative simplicity of the book does not diminish the moral conscience it enforces.

I would love to hear about other writers that are doing their part to mirror the conscience of their times. Which writers do you think fit the bill? Leave your comments below.

0 comentarii la "Mark Twain, Thomas Pynchon, and the Duty of a Writer"